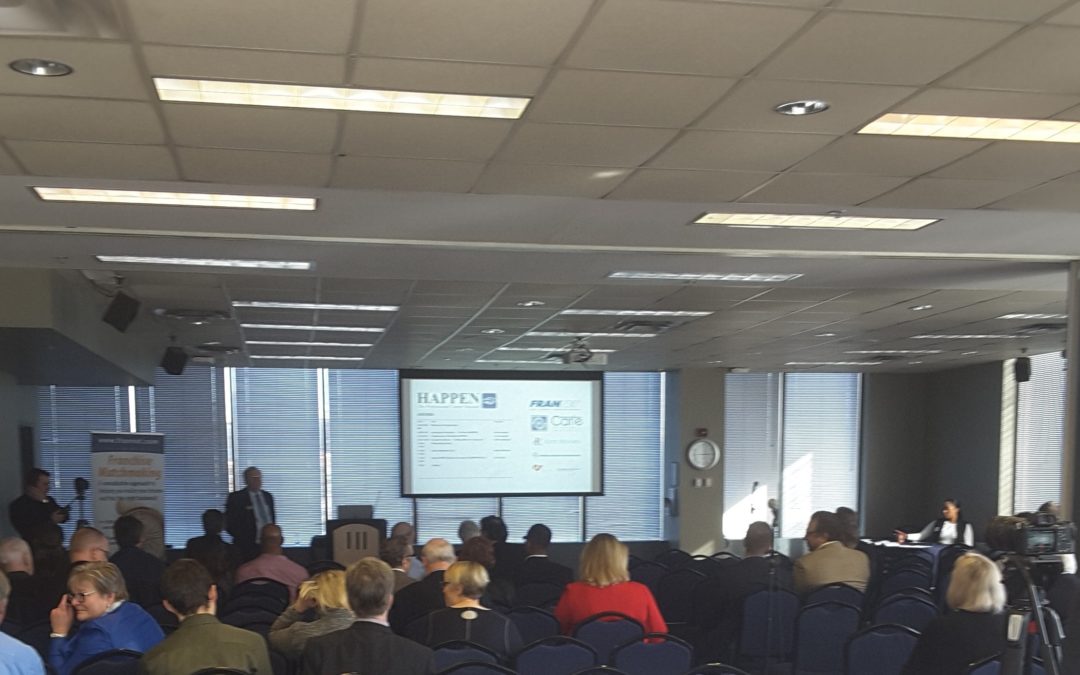 Last Thursday, the New HAPPEN re-launched.  Given the fact that we were fighting for media attention on the same day the Federal budget was unveiled, it was nice to have the Cogeco Burlington and the Mississauga News picking up the story.  We hope as HAPPEN regains traction with both new and old membership, our media exposure will increase.  We had about 50 or so past and new members come out and listen to Dale Goldhawk speak on "Getting What You Deserve".  Intended for those in the job market, negotiating a contract or, in confrontation with a bureaucracy, or in a legal battle, Dale's presentation, which was both relevant and engaging.

Combining tidbits and recollections from his early days, some high-impact journalism from "Goldhawk Fights Back" on CTV, to recent HUGE successes in defeating both Dump Site 41 and the Mega Quarry through radio activism on AM 740, his talk proves that you absolutely CAN fight City Hall, no matter how insurmountable the odds.

There are some object lessons for each of us in the examples he chose.  In particular, noting that "Google is Forever", one's personal and professional conduct, or the lack thereof, in your past or present, can influence your public persona and reputation irrevocably.  It is virtually impossible to get the toothpaste back in the tube.  Additionally, investigative journalism, especially the kind that Dale pursued, was and is expensive, and its gradual disappearance from the media on account of its high production cost, combined with the rise of social media has opened the door to all kinds of other forms of 'news'.

Lastly, we introduced a new member benefit - extended health and dental coverage brought to you by Group Medical Services, Ingle International and Imagine Travel and Health Insurance.  More details of the program will be announced shortly and information will be found on the HAPPEN website, so stay tuned for details!

For those who couldn't make it out on Tuesday, here is a recap of the re-launch from Cogeco TV in Halton.https://youtu.be/L5aKyeiAleU